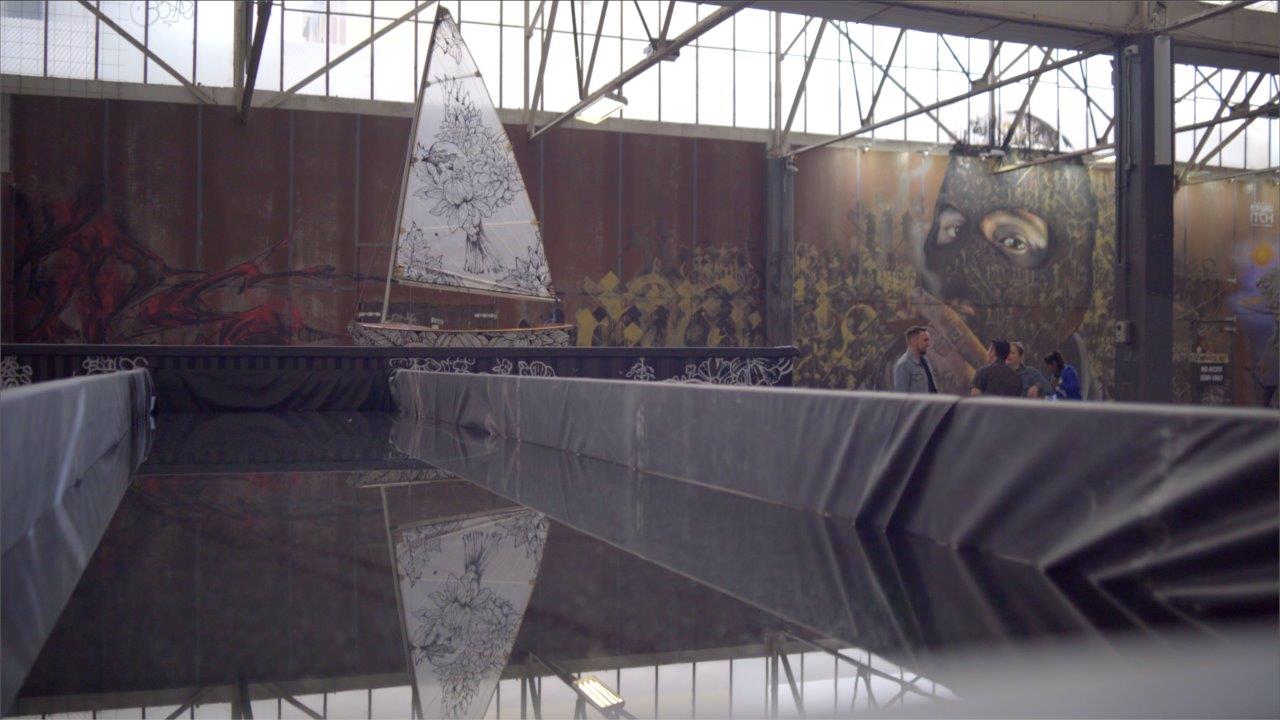 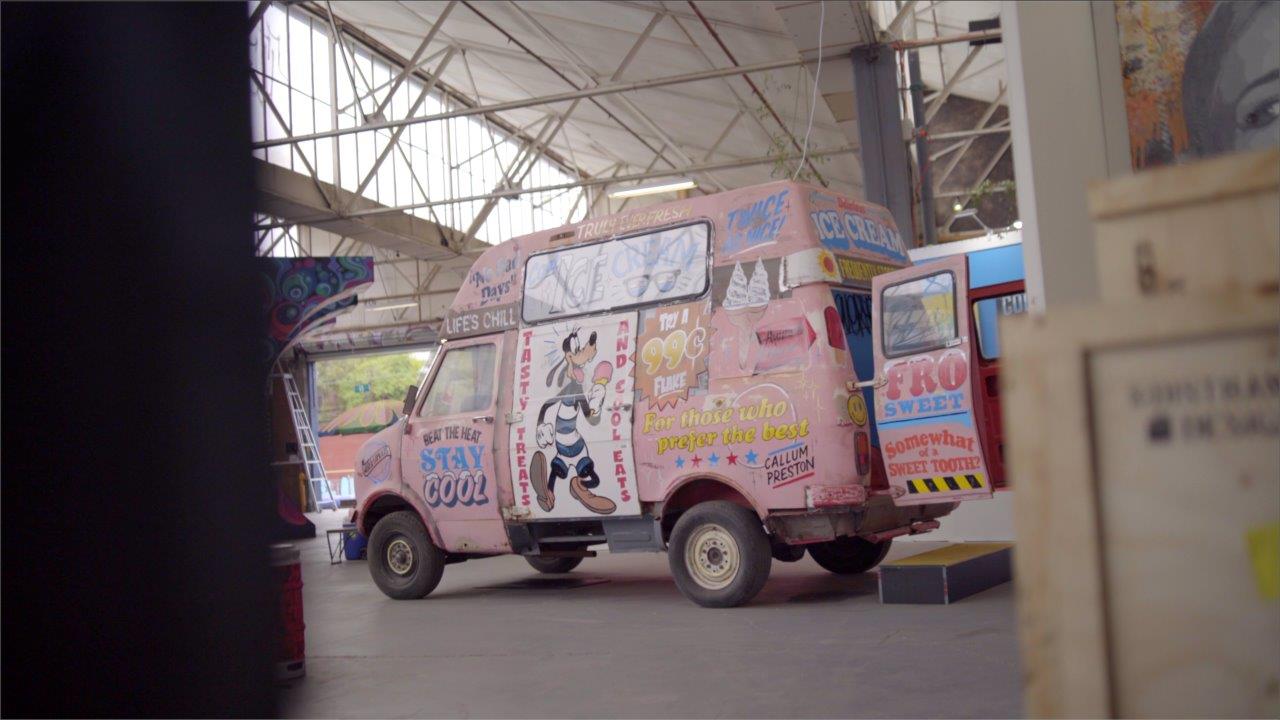 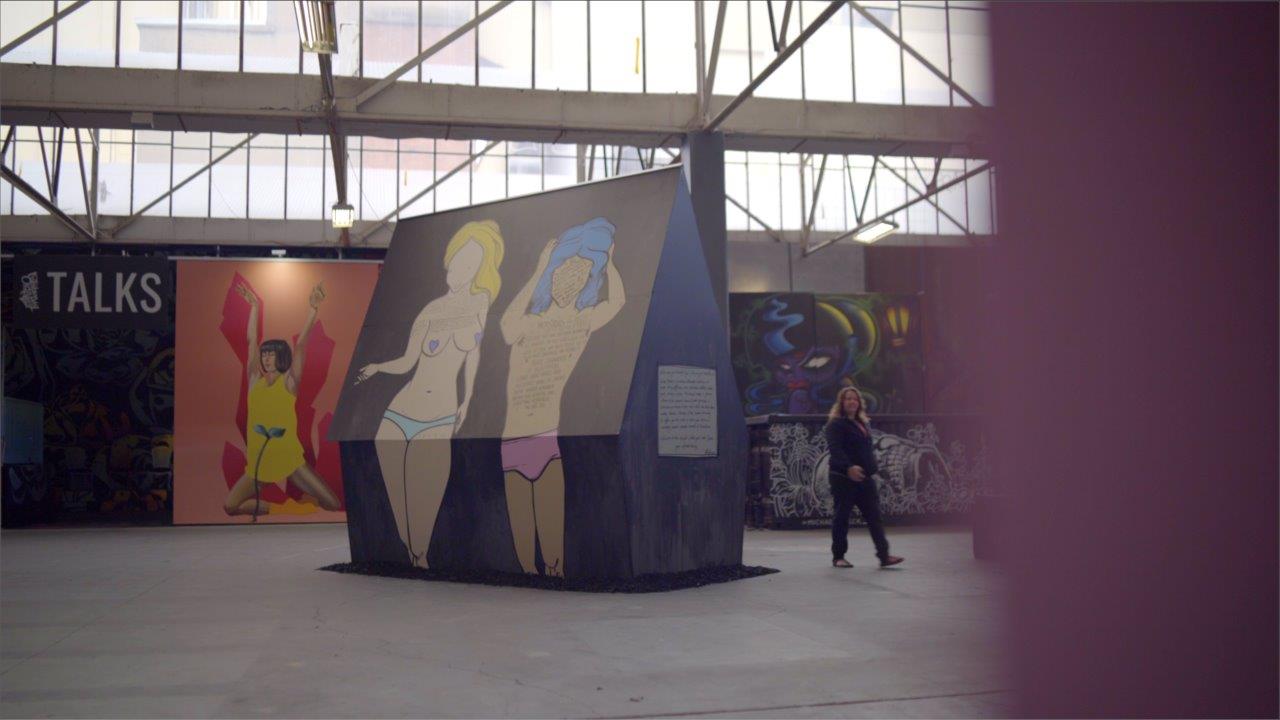 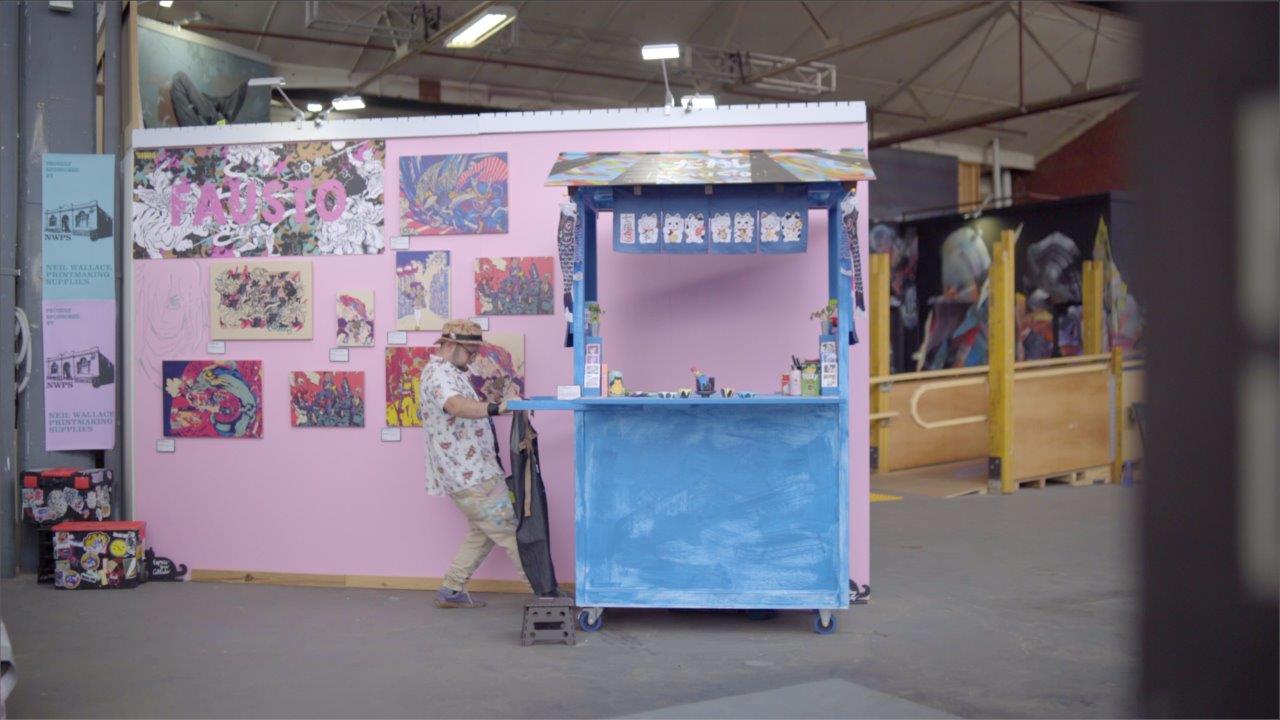 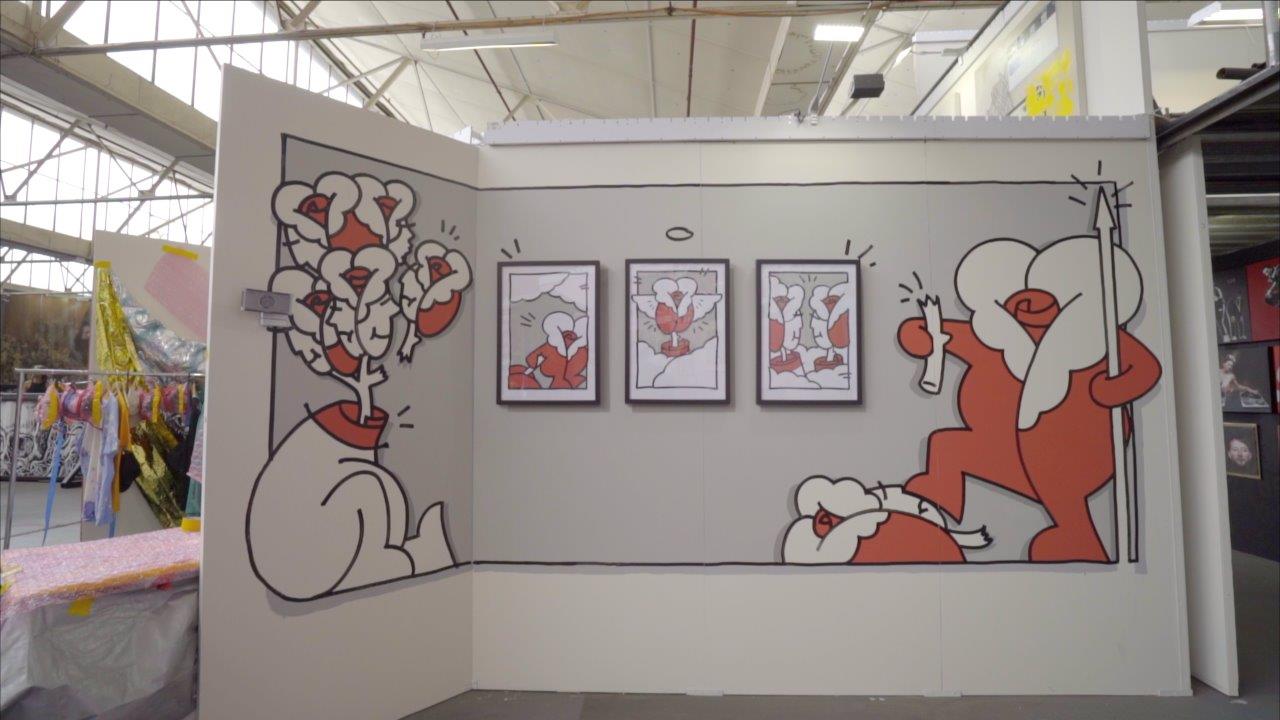 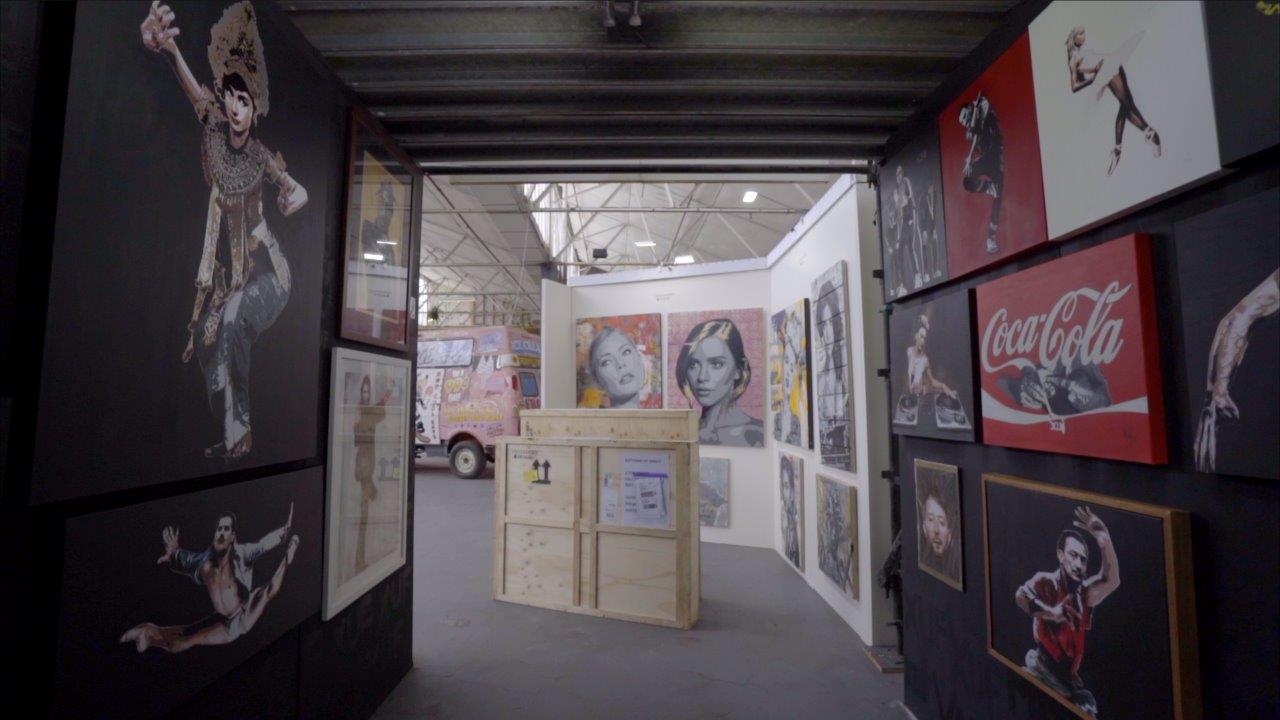 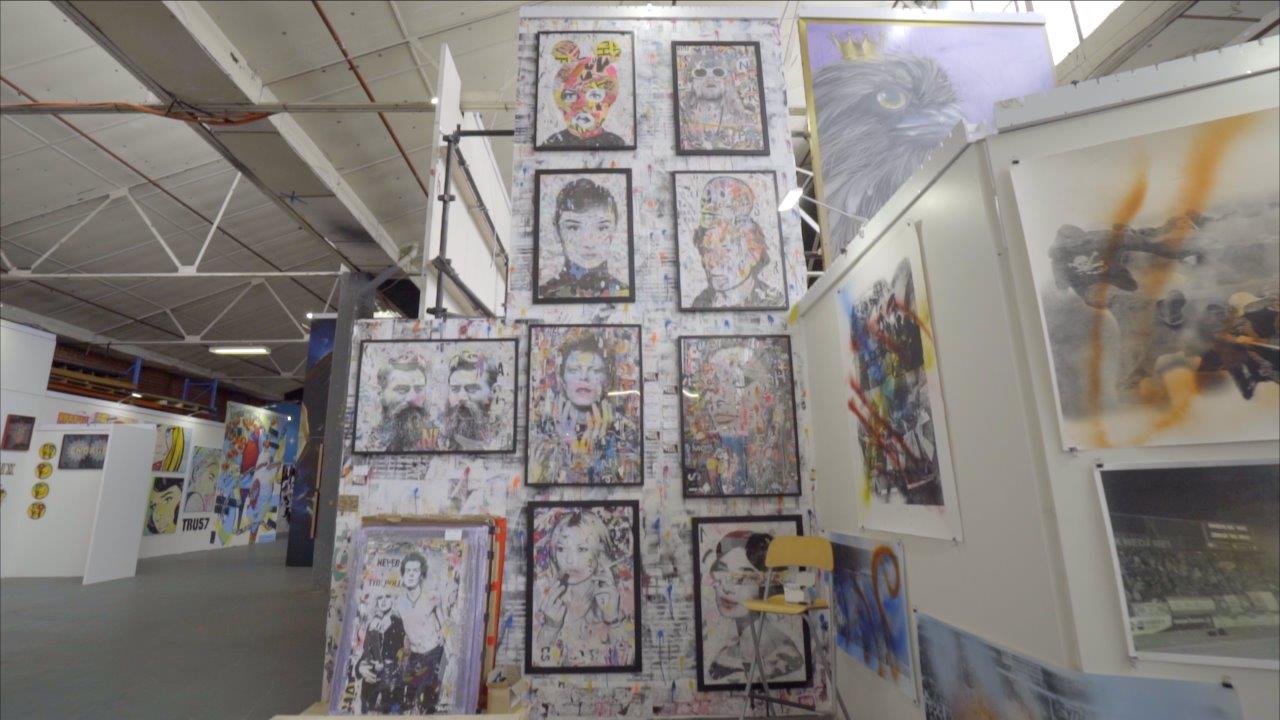 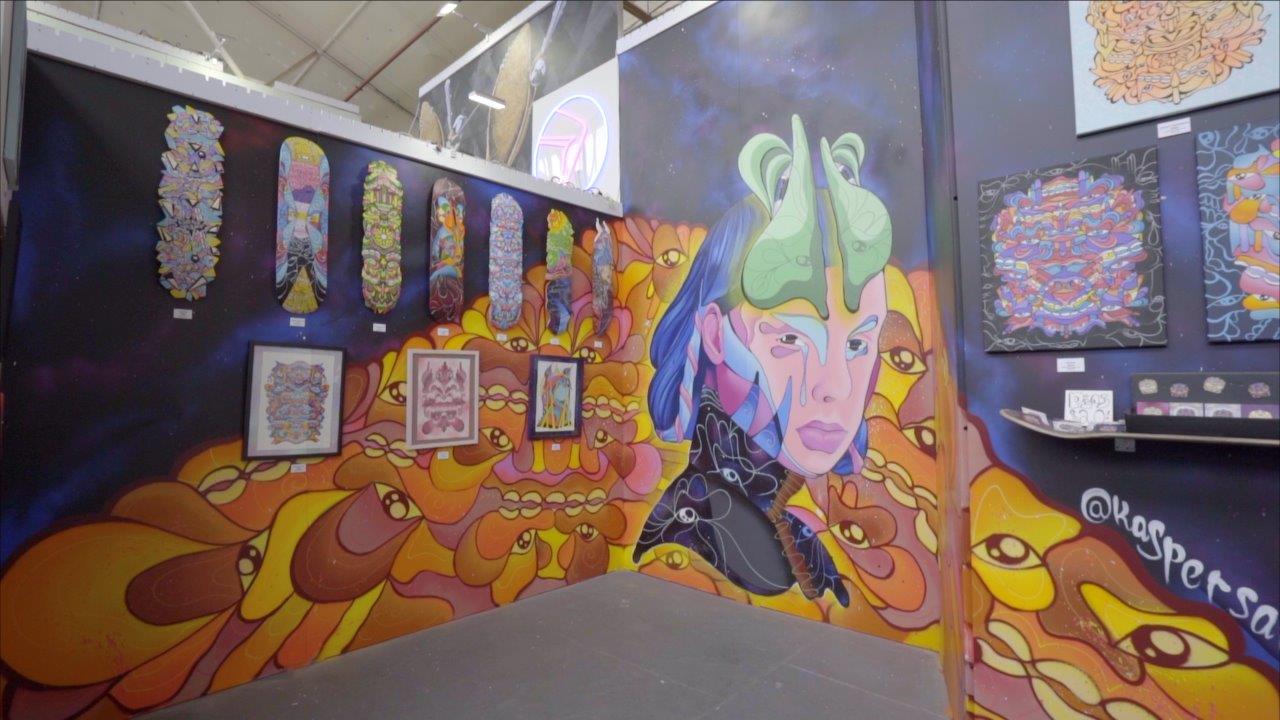 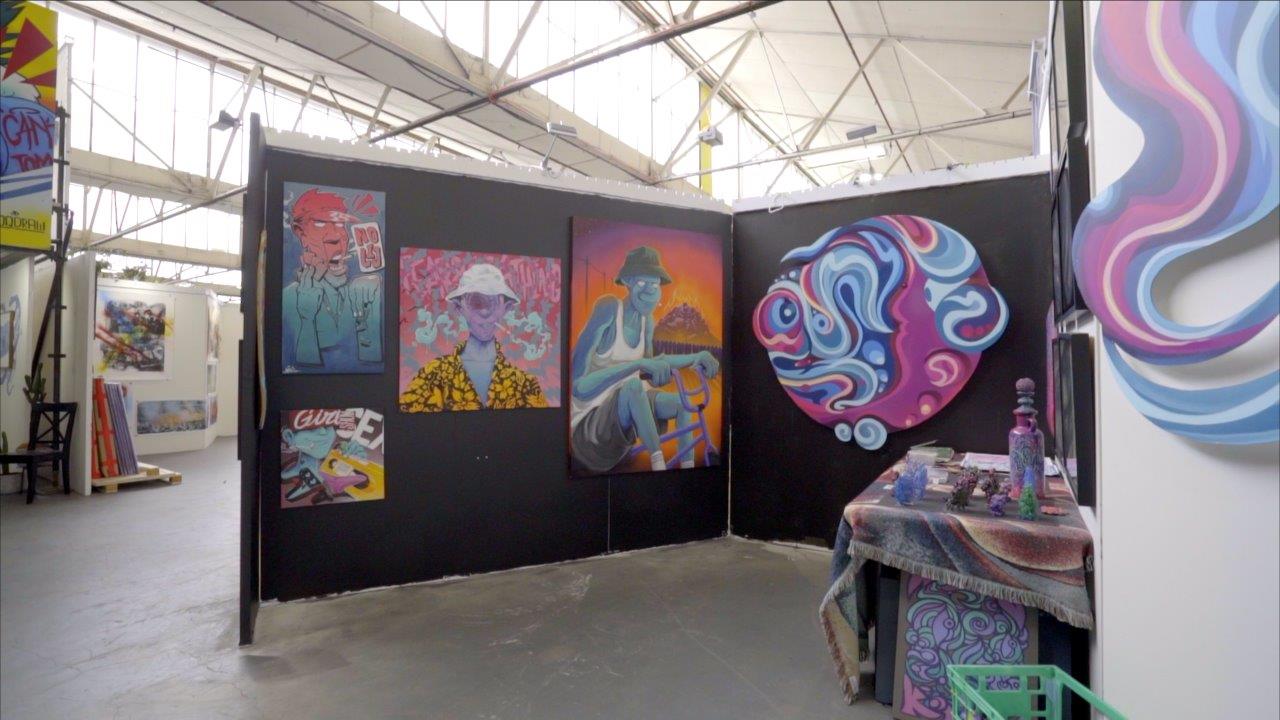 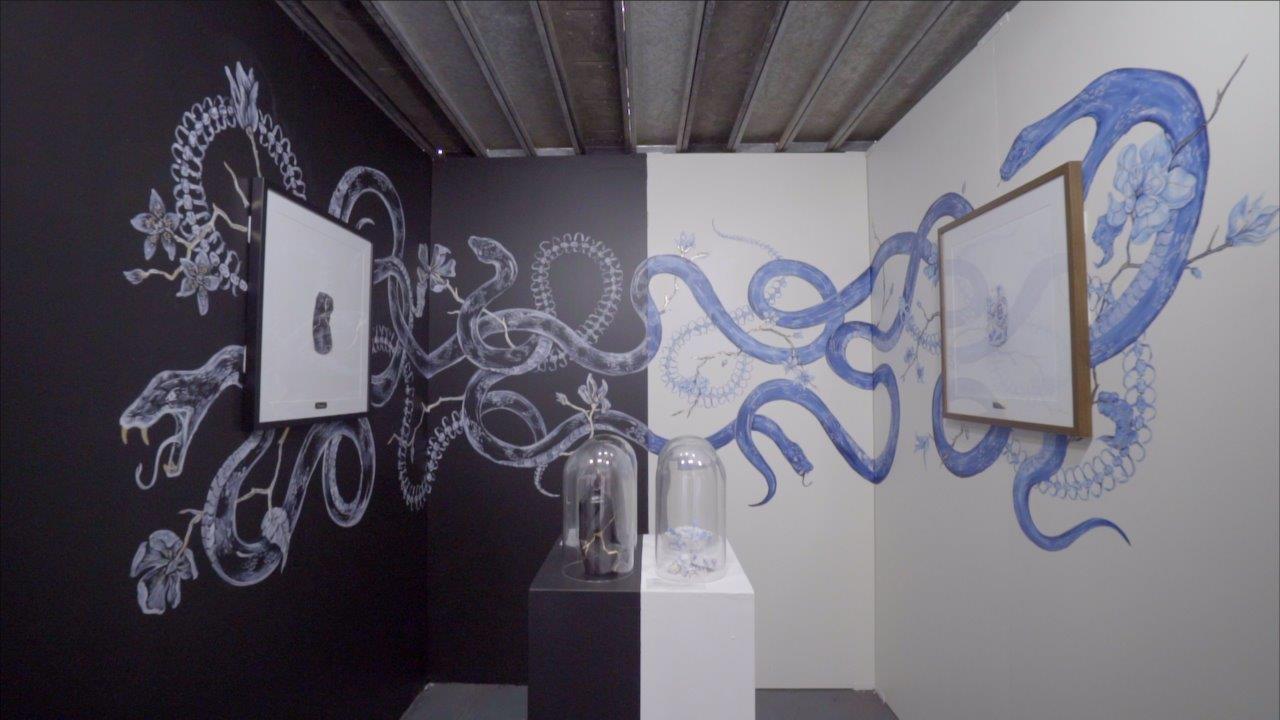 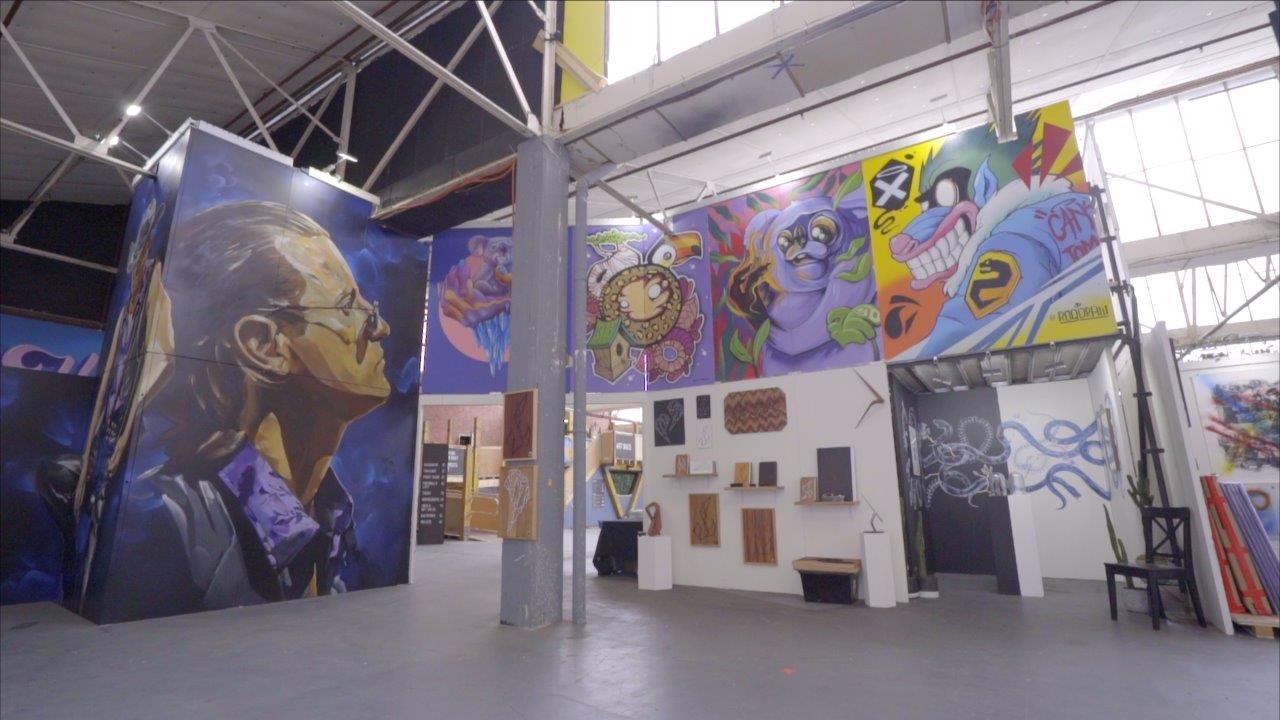 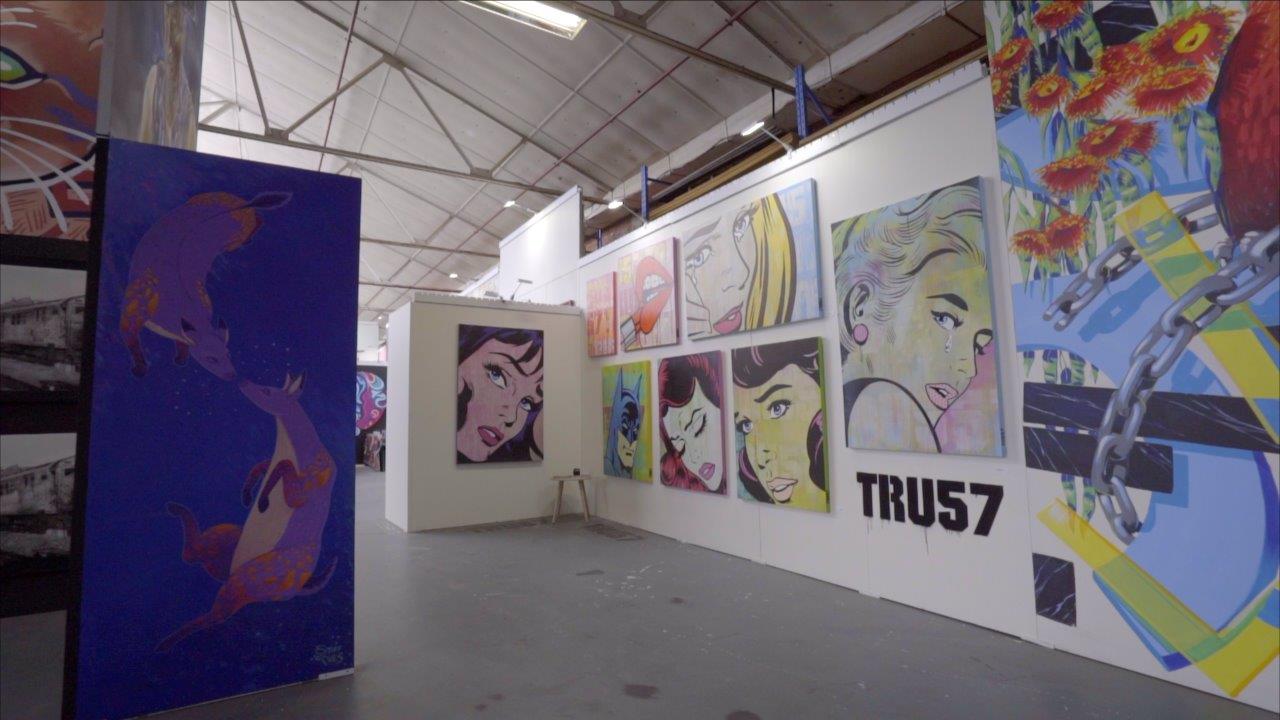 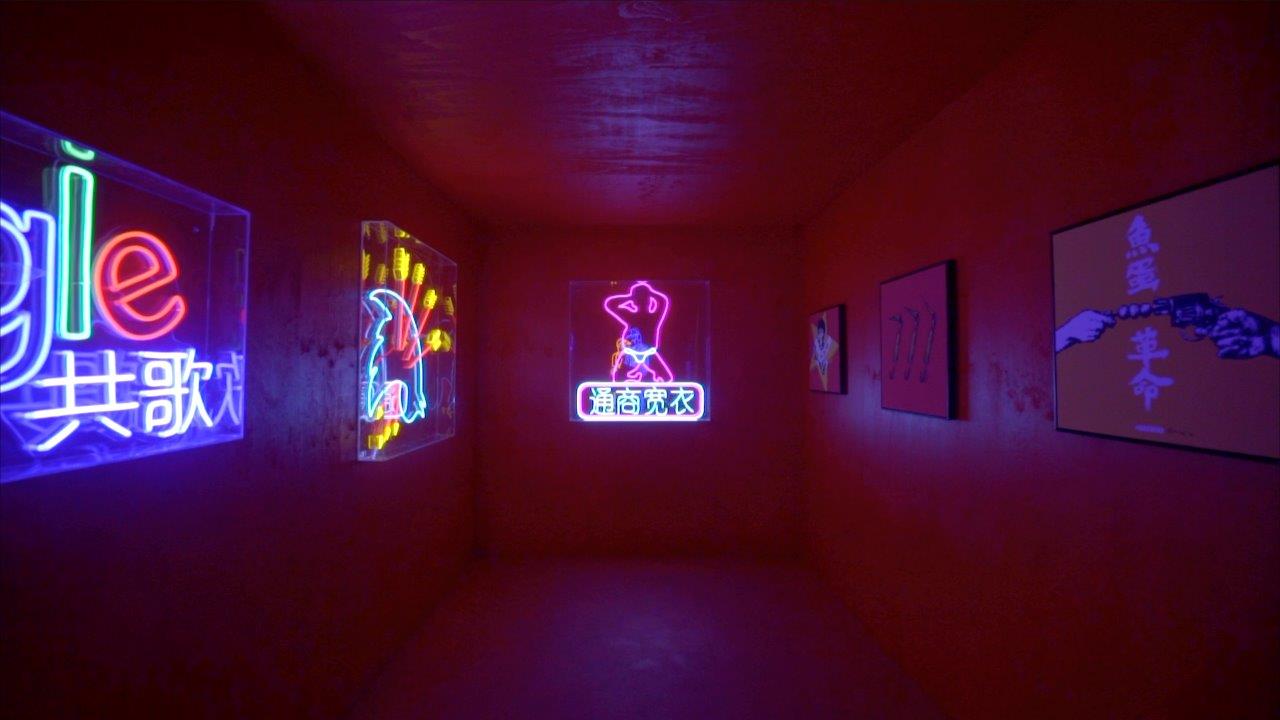 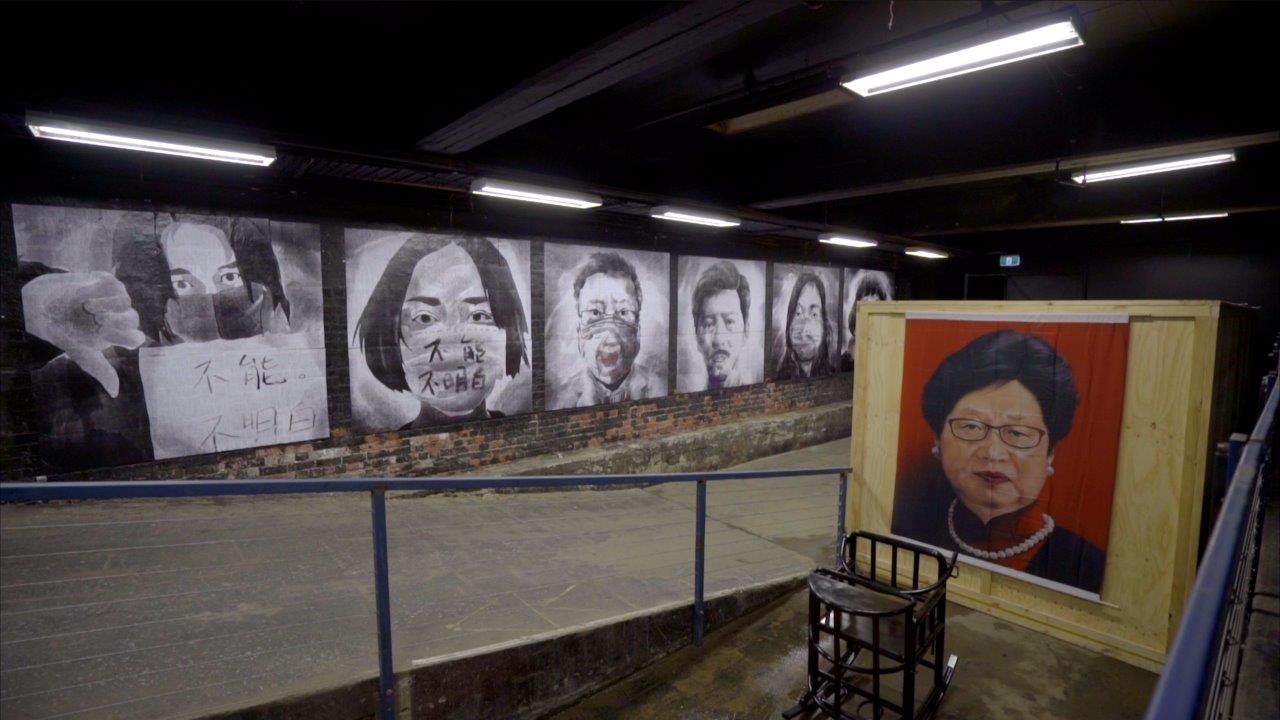 MADE IN HONG KONG
AS PART OF
​CAN'T DO TOMORROW
review: Natasha Marchev
It is well known that the art graffiti is very popular in China. Among all the artists who create this style, Banksy from China is the most famous. He always creates is art covered in a mask. He appears in public only with a completely closed face. His fans, ordinary citizens and even the police are knocked down, but there is no any worthwhile information anywhere about even one person who can shed light on the artist personality. However, a miracle happened. The artist syddenly and independently revealed his appearance and first time ever appeared in public without the usual mask.

Chinese Banksy revealed his identity
Who is He
Finally, the secret justice fighter revealed his face. This happened on the 30th anniversary of the Tiananmen Square massacre.
The name Badiucao is a nick name, pseudonym adopted many years ago when he just started to publish caustic political cartoons covering the Chinese Communist Party on the Internet. He was quickly blocked on Chinese social networks and forced to work outside the Big Firewall, China's huge censored online device.

Hi is No longer Chinese
In 2009, Baducao moved to Australia, where since he has become a citizen and renounced his Chinese citizenship. But even then he did not reveal his identity. Like the British graffiti artist Banksy, he worked in the shade, performing most of his work on the Internet or on the streets and appearing only at exhibitions and only disguised.

Mystery covered in darkness
During the filming of a documentary film about his work, which was broadcast on Australian television, Badiucao and director Danny Ben-Moshe first took extreme measures to preserve the secrecy of the artist's personality. At home in Melbourne and throughout the year, working with world-renowned Chinese artist Ai Weiwei in Berlin, Ben Moshe shot Baducao from behind or secretly, trying to avoid anything that could be used by the Chinese authorities to identify him.
Most of his filming was carried out only from the back. At the same time, the outlines of the body were also advertised. But still, all the participants on the set were very worried. After all, the police could detect the fingerprints of the artist or recognize him by the shape of his ears. Any part of the body could compromise a famous person, and then the secret would be revealed.

Necessary measure
However, the gradually careful concealment of his persona no longer implied the security that Baducao relied on. He was even forced to leave the show in Hong Kong in the last minutes all for fears for his life.
The artist subsequently admitted that his personality was compromised and his choice was not great. He needed to completely disappear, or leave the shadow and show the world his face.

For the sake of family safety
The documentary, based on the disclosure of the artist and his secrets, shows the audience that Badiucao had to give himself away. He learned that the Australian authorities had contacted the members of his family still residing in China.
At the same time, an exhibition of his works was to be held in Hong Kong. But the artist had to cancel it, because the organizers were afraid for the safety of visitors. At that time the hero himself began to seriously fear for members of his family.
The documentary told us many interesting facts about the life of this unusual artist but the most impressive was the ending. On one of the last frames, a human figure appears and a close-up face is shown.

The cunning dissident
The documentary was titled "The Cunning Dissident from China." The famous graffiti artist turned out to be a man with a rather ordinary appearance. He has short dark hair, he wears a small beard and has round glasses. In this case, the person declares: "Now they know me." And disappears in the dark.

Reasons for declassification
Speaking to CNN about his decision to show himself, Badiucao said the continued silence would no longer bring him any protection. As a result, a new reality has appeared and we will have to live with it now.
The cunning dissident from China documentary was aired on the 30th anniversary of the Tiananmen Square massacre. Then the soldiers of the People’s Liberation Army killed hundreds of democracy supporters.
This date, June 4th is always one of the most sensitive moments in the Chinese calendar, as authorities seek to suppress any celebration of repression.

Unity with History
Badiucao has always made Tiananmen to be a key part of his work, arranging the recreation of the cult photograph of The Tankman in Australian cities and creating numerous works on this subject. Now he has forever associated the date with his personality: 4 June.
“I want to take a bold path,” Badiucao said. “We need stupid people to go out and see if the world is still full of hope. I want to be stupid"
It remains unclear how the Chinese authorities will react to his revelation. Badiucao's parents have also moved to Australia now but in China there were other relatives of the artist with whom he does not communicate.
He hopes that by publicly and revealing his identity, he can reduce the pressure on people who can no longer influence him. A public profile can also help protect him from any future retaliation.
“The media and human rights organisations will follow me, so I will be safer,” he said. “In that case, I don’t think that publicity is bad.”

Some concern
The artist, however, is concerned that he might be the target of those whom he called "ultranationalists" in China. After all, they can consider his actions as a challenge to Beijing.
But whatever the reaction, Badiucao’s decision to show his face took a real turn. Now his figure is broadcast around the world.
While the circumstances surrounding the decision were rather tense, the artist expressed a sense of relief about going public. After canceling his Hong Kong show, he was silent for almost six months, not worrying about what to do.
“To show my face is liberation for me,” he said. "I no longer need to live a double life, and it also removes barriers in my social life and facilitates the development of my career as an artist."
The exhibition by Badiucao called Made in Hong Kong presented by Can't Do Tomorrow at the Melbourne's New Urban Festival was run from 20-29 February at the Facility, Kensington, way too short for everyone to visit. We wait for more dates to see and cover more.
please also note that Badiucao  was one of the major exhibition highlights . There are more: