BR: How did you first come up with the concept of the festival?

RS: Well I can't take complete credit for the genesis of the idea really. I use to to be the head of film programs at the Australian Centre for the Moving Image (ACMI)  for quite a number of years and when I left there I visited all the distributors and exhibitors here in Melbourne saying look you know is there any curatorial work you'd like done or special projects, I'm more than happy to be involved. One of the very first meetings that I had was with the Palace Cinemas team and they said at that meeting, well funny you should mention that because we have been cooking up this idea or thinking about this idea of thought for a festival thats looking at American Independent Cinema. Thats right in my zone and that's what I said to them, that was in September of not last year but the year before. From then the idea took ahead of steam and built itself really from there, so that's how the idea came about but it wasn't necessarily a concept of the kinds of things we should show and the form it should take. So Palace pretty well left that up to me to define. Over a period of time it went into two categories, new works and the retrospective works that you know throw a contextual umbrella around the new things and demonstrate a continuum of creative adventure in American Independent Cinema. So that's how it came to be really.

festival trailer:
BR: How many months of planning typically goes into developing the Festival?

RS: I start looking seriously, like I'm always looking at films year round just to see what is out there and what people are doing like the general movements because there are different kinds of movements which I guess is the right word because there are different movements every year and tones because they change the politics of the world and the economies of the world so films aren't a static thing. So I'm constantly looking at things and current movements but in actual programming terms I probably start looking at things kind of round about September when the Toronto Film Festival launches its program or announces its program so that's kind of the zone that I look into. That flows right through until the end of March and in that period I probably look at 250 maybe 300 feature film and documentaries and whittle it down to what it is. Some of the films that I really want to put in the program just aren't available because they are playing at other festivals here and elsewhere. Also the change in the dynamic in the online environment with films, where they once had a year in the festival scene they really only have a few months now before they get released on other platforms. So the time frame is kind of compressed so there's a little bit of trying to slot into those release streams as well. So things that I necessarily like just aren't available because they are coming out so quickly. So I look at films during that period. The ones I really look at are the Venice Film Festival, The Toronto Film Festival then it slides into Sundance in January, Berlin in February a little bit of Rotterdam as well, then South by Southwest in March. So they're the primary ones where I get most of the new works and some of them you know in this years program really were only just finished. Some of them are only a matter of weeks old. One is actually still having post production tweaks to it so I haven't even got the final version yet.

BR: Do you have a film you are most looking forward to screening and the public being able to see at the Festival?

R: One of the things about doing a festival like this is, it's not about seeing good films and going ok that's good that's in. It's something a little bit deeper than that and it might sound like a corny thing but I like to feel a personal connection with the films and for the audiences as well. So it's really hard for me to make a choice as my favourite because I really love them all, otherwise they wouldn't be in the program. I really, really love the film called ‘Columbus’ which is a very beautiful love story, very simple very clean, it's basically a love story set against the architecture in a mid sized american town called Columbus and it's a really genuine film. I guess that's really the best word for it. It's really genuine and honest and it doesn't try to be anything that its not, its a beautiful essay about architecture and love. I was talking to someone last night, we did the program launch in Brisbane last night and in the 90’s a film like this would have had a commercial release. Could a film like this be released commercially? Films like this are still being produced but their not finding their way to the screen and that's not to say they don't have a quality and don't have commercial viability but they're the kind of films that distributors don't know where the audience for them are anymore because things have got so much more broad in having to attract large audiences. So people and programmers and distributors have lost a little bit of trust in the audience and they don't trust the audience as much as they use to. Which is why bringing films like ‘Columbus’ for instance is so important because I think when audiences see them (the films) they ask themselves that very question… Where are these films? It's the kind of thing I have to absolutely bring to the screen.

FESTIVAL WEBSITE
BR: What can people expect if they come along to the festival?

RS: What I try to do with programming with the older films and the new films is to have people walk out of the cinema and just go wow, look I wasn't expecting that. So I really try to keep the quality very high and the diversity as broad as I possibly could to show a palate of American Independent Cinema including some high level commercial works like ‘20th Century Women’  which are proper big screen, large budget entertaining films and there's another one called ‘Walking Out’ it's an independant film but it's got big screen commerciality in it. So I wanted to bring those kinds of works in to provide a bridge to some of the lesser known works. I wanted to have it so not just one work jumps out as a particular stand out. There is two ways of coming into the festival and i think both ways exposes the viewer from each perspective to something they may not have experienced or had knowledge of previously.

RS: I always loved movies from quite a young age and my introduction to cinema was horror movies and cult cinema when I was a young teenager as it is for many people. On friday nights on late night tv they use to have the creature feature, Frankenstein or Godzilla from the 50’s or 60’s and I use to really love them. So I started watching a lot of films and then I started reading about horror movies and cult cinema and all that sort of thing. In terms of an actual turning point in my career to really turn me onto a whole different scene of independent filmmaking was when I was working for the Melbourne Film Festival and I was part of a documentary selection panel and I was quite early for one of the panels so I was alone in the room and there was a VHS tape just sitting on the machine. So I thought I have time to kill, i'll watch this thing and it was from an experimental documentary filmmaker Craig Baldwin and I put this thing in the machine and OMG it was like something I had never seen before like a found footage film. It was about politics in the United States and I loved it and thought  wow this is really something different and so straight away I took the tape out of the machine and his phone number was on the spine of the VHS tape and I rang him up and said ‘Oh man you don't know me but I just saw your film and it is incredible’ and we established a really good friendship and that really opened a door to a whole other world of cinema to me which flowed into underground cinema, experimental or otherwise, low budget cinema and more commercial cinema so it was like hearing a song that you really loved, a contemporary song and then thinking to yourself look I want to see the roots, I want to hear the roots and going into a record store and just digging deep as you can go to the roots of the sound. The roots are born in very marketable pop culture and some of the other roots are buried deep underground and so straddling those two zones is really important to me and introducing audiences to those two perspectives without pushing them away. Underground has a difficult meaning you know it can alienate people where in fact David Lynch’s films such as Mulholland Drive they are experimental films but they are classics of contemporary cinema. For me with the various inspirations that I have had, such as the turning points like the film of Craig Baldwin to translating that into guiding people through the various layers of the industry from Hollywood to Berlin is a really important and really interesting thing for me and I think audiences really dig it as well. ​ 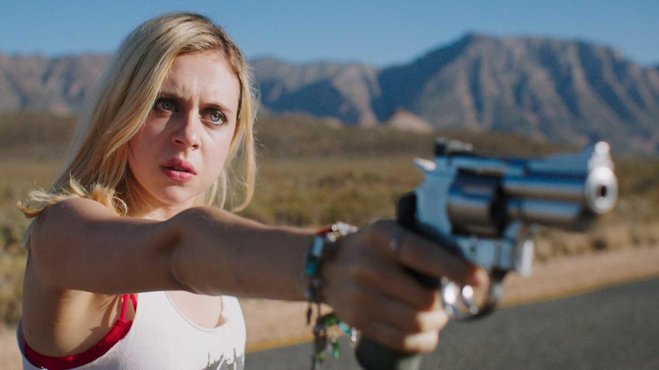 Exclusively for Bohemian Rhapsody Magazine
SPECIAL THANKS TO:
Palace Cinemas, Miranda Brown Publicity and personally to Miranda Brown for this amazing opportunity and to Bryanna Reynolds and her production crew for her immaculate work.