When I looked at some of The Jerry Cans footage and videos on youtube I thought: "I can not believe it! Even Canada can not be so cold!.....but even if it is Canada, how can people sing and dance in such cold weather and still be so inspiring?" But they are and they are the most incredible music band that was hiding in Canada's most remote and pristine areas. The band's hometown is Iqaluit, Nunavut. I read on their website:

"With their unique mix of Inuktitut alt-country, throat singing, and reggae, the Jerry Cans are a distinctly northern, one-of-a-kind group. The band perform many of their songs in Inuktitut and are passionate about preserving the language even as the north and their home community of Iqaluit evolve. They are committed to representing northerners and to challenging common misperceptions they have encountered about life in the Arctic; their music evokes the contemporary north and the spirited people that reside there. It is not only the political motives, but their rapidly developing reputation for getting elders and young people dancing, that has forced people to start noticing this high-energy group. This truly unique band will take you on a stroll through the streets of Iqaluit to share a glimpse of life in Arctic".

Glen Wilson was lucky enough to spend almost a week with the band chatting with the musicians on the phone, running interviews, listening to their music live at the concert and much more including the time when he was totally hooked up on the music he started learning on youtube about everything about Iqaluit and their native language.
INTERVIEW 1
by Glen Wilson
photos: Glen Wilson

The Jerry Cans from Iqaluit Canada bring a unique blend of contemporary folk & traditional Inuit throat singing together to create what is an amazing concept in music.

The Jerry Cans have been a huge hit at the port Fairy Folk Festival  and are performing throughout Australia.
Their tour dates are here  http://www.thejerrycans.com I look forward to seeing the band live and more reviews photos & video coming soon.

I also had a chance to do a Q&A session with Vocalist Andrew Morrison, who gave us an excellent insight into the band and their home town. 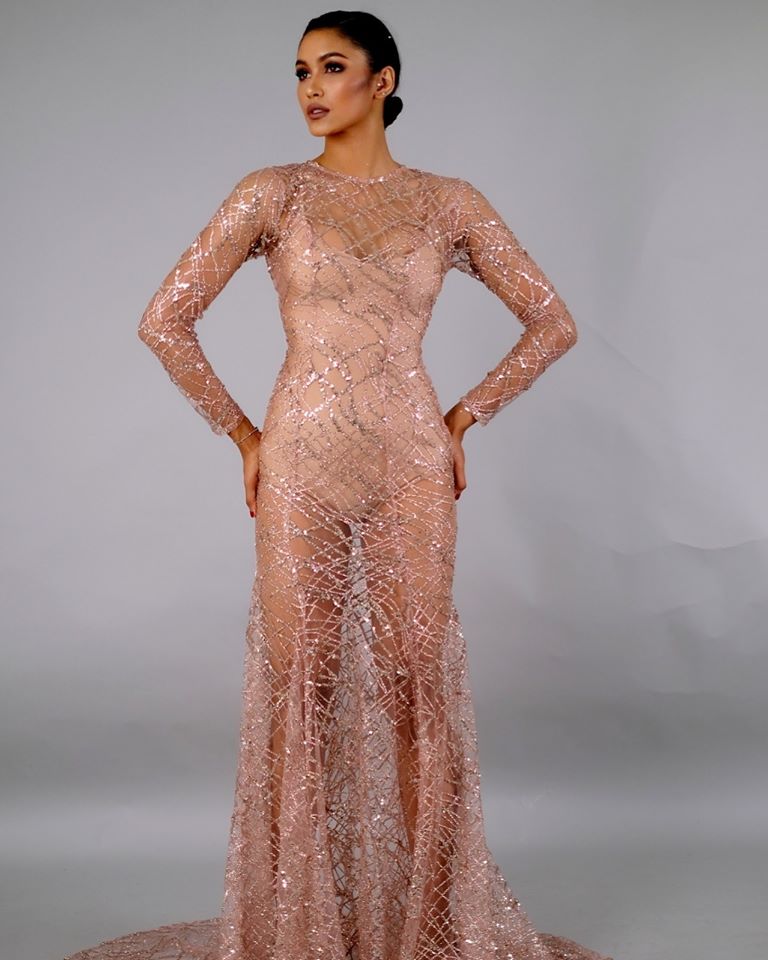 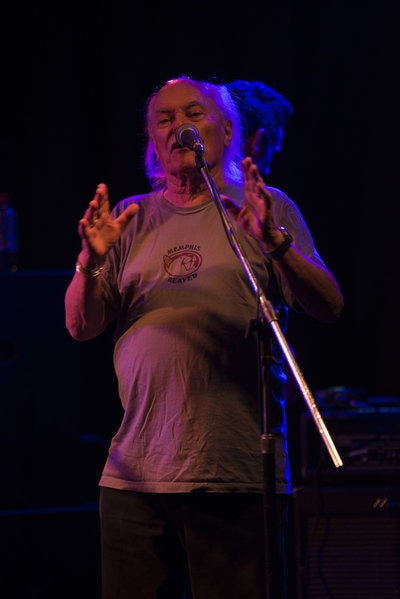 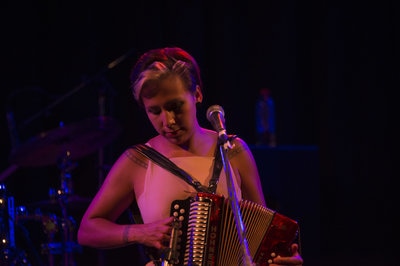 GW: How did the band first get together ?
AM: The band played together for a number of years but only started singing in language and infusing throat singing about 5 years ago, we used to play English rock n roll covers,  AC/DC and guns n roses but shifted and started to look to our community for material to write songs. That's when things started to take off a bit.

GW: How did the name The Jerry Cans come about?
AM: We love playing in Australia because everyone knows what a Jerry can is! They are very common where we live and are always associated with going out on the land. Hunting and having a strong relationship with the land is still a big part of live where we live so our band name has kind of become a metaphor for that. The name also comes from us building a super awful drum set out of Jerry cans... it sounded terrible but the name stuck!

GW: Where does your unique music style originate from?
AM: Our music is a reflection of where we live. The arctic is changing so quickly in so many ways and there are so many new influences just within the last few years. e try to create music that reflects this as a way to remind young people where we live that they aren't alone in trying to figure out how  to navigate these changes. Throat singing and language play a big part of anchoring our music which we kind of see as the traditional indigenous values still playing a part in life where we live.
GW: How has your music evolved since forming?
AM: Again the music started off as hilarious rock n roll cover band stuff. We then moved to include more throat singing and sing in language which was a huge shift.This got us a lot of support in our home territory and we started to play across Canada  and now across the globe. It's actually kind of crazy to think about!

GW: Can you tell a little about the language you sing in?
MA: We sing in our indigenous language Inuktitut. It's very important for us to continue to sing in our language because we want to send a message that it is important to keep our language alive. English is so dominant and putting a lot of pressure on indigenous languages. Language is so vital to the preservation of culture so it's something we are very passionate about. We want young people to know that you can sing in your language and travel the world!

GW: How are you finding world wide acceptance of your music & is language a barrier to your music being accepted ?
AM: We think it is so amazing to see people singing along to our songs in Inuktitut. We just had thousands and thousands of people at port fairy singing about how delicious seal meat is and how much fun they were having. We had people dancing their hearts out, meeting new people and just enjoying life all to a band that sings in a language that no one understands. That's pretty special to us! We always face barriers because we don't sing in English. It's frustrating but also reminds us that all of this is bigger than music. We are working hard to try and change the way different communities understand each other. There are so many misconceptions resulting from how colonization programs us to relate to each other. We are trying to challenge that every step of the way.
GW: The song Ukiuq is an incredible mix of traditional and contemporary music – (and deserves to be a international hit). Can you tell a bit about the meaning and inspiration behind the song?
​AM: Ukiuq is many things. It is based on an old bob Dylan love song and also an ode to all the people in our lives that we have lost to suicide. It's also a song about how through challenging times the beauty of the land always remains and is there to remind us that there is always beauty to be found in the world. How's that?? Haha

GW: How would you describe your hometown of Iqaluit ?
AM: Iqaluit is one of the most beautiful complicated places on earth. We call it the New York City of Nunavut - the territory we come from. There are so many different influences from all over the globe all situated in indigenous Inuit land which makes for an interesting mix to say the least.

GW: Really there is only one way to find out... come visit! More to come soon, Go and see the band live… You will love them.

The old saying “You had to be there” is a term that defiantly fits the Jerry Cans.
Recorded music and video just doesn’t do this band justice.

Along with their unique music style, the band bring a fantastic sense of showmanship and downright fun to their live gigs.
Throw in some great folk music ,rock, traditional Inuktitut throat singing and a good old fashion hoedown and this what can be expected from the band.

In a world where commercial rock and pop is shoved down our throats and the industry dictates what we should be listening to, The Jerry Cans are a shining example of a hard working band that stick to their roots.

Whatever your taste in music go along to one of their gigs, and have a ball – Their music is instantly addictive.

A special commendation to Bryce from the Bean Project, who was called up on stage by Andrew for an impromptu jam session.

A huge thank you to the band and to Cat Swinton from Catalyst PR , Bohemian Rhapsody online Magazine for making this possible
Interview with The Jerry Cans band musicians http://www.thejerrycans.com/ at the Northcote Social Club March 2017

The Jerry Cans / Pai Gaalaqautikkut the fast rising northern band create music inspired by their hometown of #Iqaluit, Nunavut. With their unique mix of Inuktitut alt-country, throat singing, and reggae, the Jerry Cans are a distinctly northern, one-of-a-kind group. The band perform many of their songs in Inuktitut and are passionate about preserving the language even as the north and their home community of Iqaluit evolve. They are committed to representing northerners and to challenging common misperceptions they have encountered about life in the Arctic; their music evokes the contemporary north and the spirited people that reside there. It is not only the political motives, but their rapidly developing reputation for getting elders and young people dancing, that has forced people to start noticing this high-energy group. This truly unique band will take you on a stroll through the streets of Iqaluit to share a glimpse of life in Arctic.
​
Thanks to our friends at #TheJerryCans band and Catalyst PR we have one new album with a flame of jerrcanners music to giveaway. The SMS competition has one one winner: Glen Wilson . Congratulation, Glen. The CD will be in your snail mail soon. For everyone else: please stay tuned for more exciting news!
final word and big 'thankyous':
​
The Jerry Cans / Pai Gaalaqautikkut Australian Tour continues bringing the band more and more fans hooking up on their tunes, the music follows your heat beats and reminds you of your wildest past.

interview and reviewed concert: Northcote Social Club
press release: #GlenWilson at GW Photography & onstage pix who turned into the band's aficionado s effortlessly.
​
Bohemian Rhapsody Club and Online Magazine is expressing its special thanks to The Jerry Cans / Pai Gaalaqautikkut musicians for their music, to the band's publicity and marketing team and personally to #CatSwinton at Catalyst PR for the opportunity to cover the concert and to Glen W for his time and his fabulous reflection.