​The programme sparked off with great energy and intensity as Faure’s Pelleas et Melisande Suit raised the concert curtain. (With four parts to the incidental music lasting about 20 minutes, the piece explores the symbolic music of Debussy’s opera of the same name.) Appropriately, the orchestra delivered smooth richness in the strings with good light and shade, along with a well controlled gentle ending in the first part. The second short section also displayed a sensitive interplay between the oboe, horn and strings. Leading to the Sicilienne, the serene harp and flute passages were calmly soothed by the muted violins. Though emotionally sad, the last section surged with power to give a powerful finish, guided with great conviction by the Conductor.
A short informative and witty preamble followed in which Rick acknowledged the 100th year of the passing of Debussy.
Ravel’s short five minute arrangement of Debussy’s Sarabande was the second offering. The most noticeable features were a good handling of modal harmonies and mood changes along with some impressive crescendos. And now, the orchestra was primed for the Piano Concerto in G major by Maurice Ravel.
With an explosive and fiery start, Caroline was immediately accepted as she tackled the profusely challenging passages that were full of well handled drama and flair. The jazz inspired sections flowed with well rounded pace and dexterity weaving into an inspired cadenza and finishing dramatically. In contrast, the beautifully delivered gentle and sensitive solo start to the second movement showed Caroline’s prowess. The well controlled and powerful build-up was complimented by the orchestra that moved into expressive subtlety with a superb trill finish by Caroline. Having to turn her own pages must have been challenging but did not detract from her classy performance. In the finale, the energetic and discordant start flowed into more delicate passages that showed immaculate timing by the soloist incorporating good syncopation. With a crisp ending, the excited audience was cheering, whistling and ecstatic. What a tremendous performance by all!!! The interval followed.
The second last offering included Debussy’s Prelude a l’apres-midi d’un faune (The afternoon of a Faun). With a charming flute solo by Carol Galea to begin the prelude and enhanced by colourful runs by the harp (Vanessa Sundstrup), the horns added to produce a well balanced mix of moods. The direction from Rick was also commanding and engaging as a return to the haunting melodies led by the flute’s purity, captured a sense of gentle serenity with a sweet ending.
Stravinsky’s Ballet Suite for Orchestra from The Firebird (1945 version) was the finale. A challenging composition lasting about 25 minutes, the introduction by the double bases was expressive and well coordinated to be followed by a tuneful interplay between the flute, piano and harp. The audience was lapping up the moving contrasts and interesting modulations. Nice work from the French horns also! In essence what we heard was a well executed interplay of musical flavours. Interestingly, the Firebird’s lullaby for bassoon, oboe and strings was very delicate and with an exciting dramatic brassy finale, the auditorium was rapturous and upstanding! Yes, the Orchestra, with the connected and intense leadership of Rick Prakhoff pulled off the delivery of a powerful and complex piece, much to the satisfaction of an appreciative large audience.

​Congratulations to Rick Prakhoff, Caroline Almonte and the Zelman Symphony Orchestra, as we look forward to future events in 2018. A most enjoyable, exciting and enriching concert – well done everyone, including all the volunteers!
SYLVESTER KROYHERR (Bohemian Rhapsody Club)
27 March 2018
INTERVIEW WITH RICK PRAKHOFF
interview by Bryanna Reynolds

Bohemian Rhapsody Club and Magazine expresses its special thanks to:
George Deutsch & Holly Hayes from Zelman Memorial Symphony Orchestra for organising the interviews and for this remarkable opportunity to talk with world stars and, to Bryanna; as well as we are very grateful to Rick his precious time during the interview!
BR: Can you tell me about your upcoming performance?

RP : This is a wonderful programme centred around the beautiful and sensuous Prélude à l'après-midi d'un faune by Debussy to honour the 100th anniversary of the death of this great composer which is the day before this concert. We begin with two elegant works by Fauré & Debussy before the brilliant Melbourne pianist, Caroline Almonte joins us for the jazzy and lively Piano Concerto in G by Ravel. The second half begins with the Debussy Prélude before the orchestra launches itself into one of the great masterpieces of the early 20th Century - the suite from the Firebird by Stravinsky.

BR: What type of audience do you think will enjoy the performance?

RP: Lovers of beautiful music, dramatic music, exciting music and above all, lovers of beautifully orchestrated music by some of the greatest composers who have ever lived will absolutely love this programme!

BR: How long have you been practicing as a conductor?

RP:  I've been honing my skills for many years - in fact, since returning from the UK where I was forging a career as a classical guitarist in London. I returned to Perth to take up my new career as a conductor in the early 1990s and have been loving it ever since.

BR: How many people are performing and are there any stand out talent in the symphony?

RP: Lots! I haven't actually counted them all, but it's a large orchestra with many highly talented players. On checking, it is 73 players. I think the standout in this concert has to be our first flute, Carol Galea who has the solo in the Debussy Prélude - one of the great orchestral solos. And her flute is prominent in all of the works being performed. We're very lucky to have somebody of Carol's abilities in Zelman.

BR: For people who haven’t been to a performance before how would you describe the experience to them and what they can learn?

RP: I think live orchestral performances are one of the most exciting musical experiences. You can see up close how much hard work is going into making beautiful music.

BR: How does it feel to perform with Zelman Symphony?

RP: I'm loving working with Zelman - such a warm welcome from these musicians has made my job easy.

RP: Come to the concert! 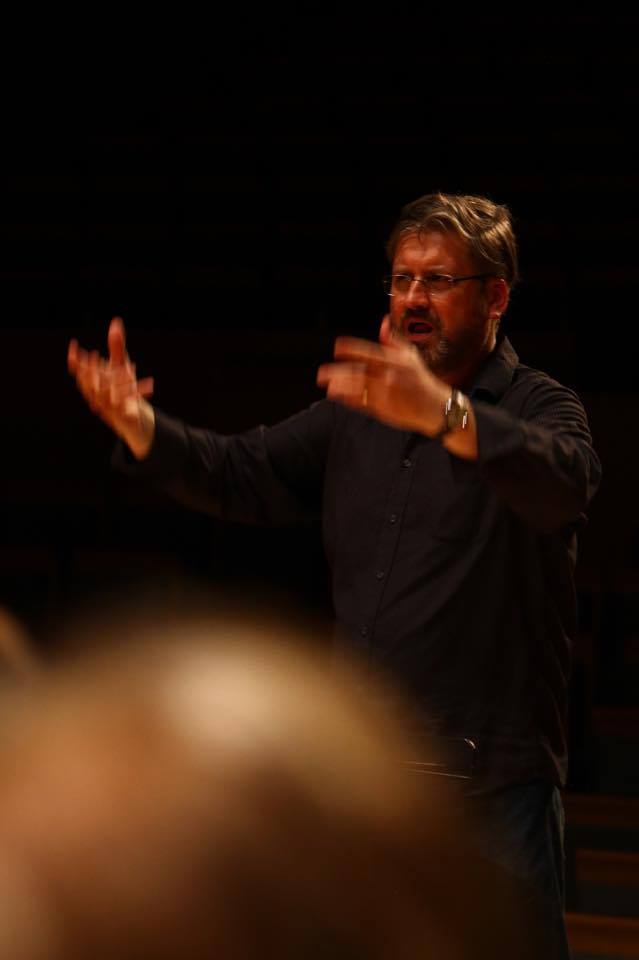 Bohemian Rhapsody Club and Magazine expresses its special thanks to
~ OZ star on YuppTV and personally to Veeral Mehta, Karthik Arasu, Vani Bairy and Satish Bairy
https://www.yupptv.com/channels/oz-star/live
https://ozstarchannel.com/
YUPPTV
~ George Deutsch & Holly Hayes from Zelman Memorial Symphony Orchestra for organising the interviews and for this remarkable opportunity to talk with world stars like Rick Prakhoff and Caroline Almonte for the precious time during the interview
​~ Bryanna Reynolds multimedia journalist for her interview with Rick
~ Sylvester Krroyherr / Rachel Sandey for the concert review
​
Exclusively for Bohemian Rhapsody Magazine