The concert began with the one and only Violin Concerto, Op.61 in D major by Ludwig van Beethoven. The gentle and smooth introduction by the orchestra was followed by the dramatic but colourful 1701 Stradivarius violin expressing a commanding pureness of tone with effortless ease by Alexandre. With eyes closed at times between segments, his focus was superb, expressing close connection with the orchestra and Rick. The soulful lyrical quality of Alexandre’s playing was expressed through his exemplary bowing technique that was closely watched by the writer – also a violinist since the age of 6! Another noticeable feature displayed by the orchestra and expertly guided by Rick was a wonderful sense of ‘light and shade’ blended with spectacular runs and double stopping from the Canadian violinist – sounding bright and new. In fact the violin was in great shape physically. Having heard various versions of the Cadenza that followed, we were treated to a very unusual and spectacular version, embellished with tonal pureness that led the first movement (Allegro ma non troppo) to a powerful finish! The romantic second movement (Larghetto) echoed sweet gentleness with the soloist showing great artistry and feeling with tender pizzicato by the strings. The expressive peacefulness created by Beethoven was handled with passionate lightness and clarity. Without a break, we moved into the third movement (Rondo. Allegro) with brilliance, energetic contrasts and well phrased variations. Alexadre’s double stopping was spectacular and ably supported by the orchestra. Another spectacularly unusual and complex Cadenza was also a delight to lead the piece to energy filled ending much to the delight of the very enthusiastic audience, including the writer. As an icing on the musical cake, Alexandre performed Canadian Leonard Cohen’s ‘Hallelujah’ with a soulful and original interpretation backed by a quartet from the orchestra – much to the enthusiastic delight of the audience!

Following the interval, the orchestra rallied to present Symphony No. 1, Op.39 by Sibelius. Contrasted by the gentle clarinet introduction, the restless blend of stormy melodies created strong energy as physically seen by Rick’s vigour and vitality. The blend of woodwind and harp created the precursor to a powerful finish decorated with some tasteful pizzicato. The sombre and melancholy second movement followed with the sweet texture of the strings captivating the power of the brass and woodwinds. The dreamlike interplay from the orchestra was also well balanced soothingly massaged by the strings while complimented by short passages from the harp. Although the acoustics of the auditorium was very good, the seating layout was too low with excessively long rows!  (Only part of the orchestra was visible). The dynamic third movement (Scherzo: Allegro) flowed cohesively well with powerful integration, ending quite abruptly. The build up of drama continued in the final movement with some contrasting sweeter passages from the strings and the harp adding some spice with continued use of the drums (‘Finlandia’ style!). The powerful big finish ended the movement with only two pizzicato chords. A massive piece well delivered by everyone in the orchestra!

Congratulations to the prolific and energetic Rick Prakhoff, the extremely talented Alexandre Da Costa and the Zelman Symphony Orchestra, as we look forward to future events in 2020. A most enjoyable, exciting and enriching concert – well done everyone, including all the volunteers and of course the Stradivarius! 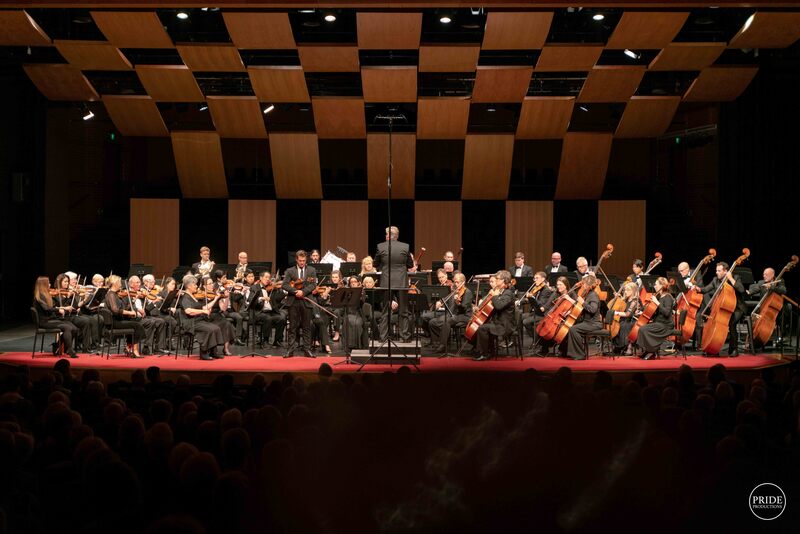 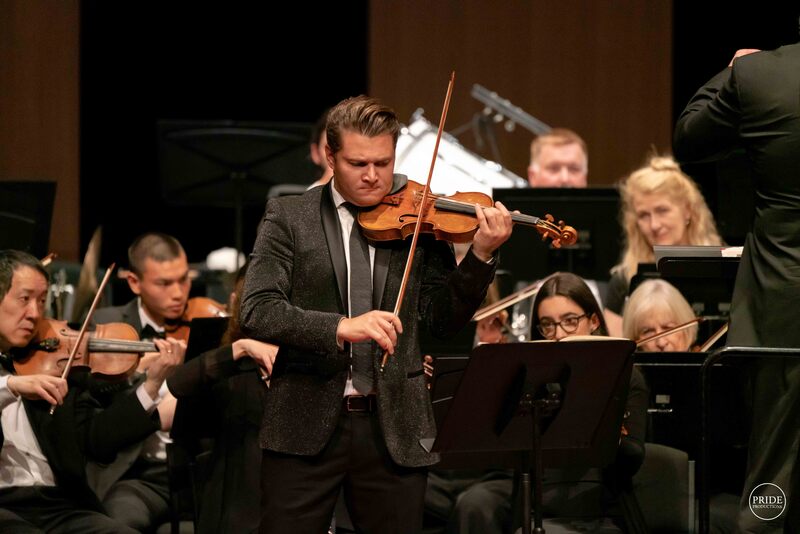 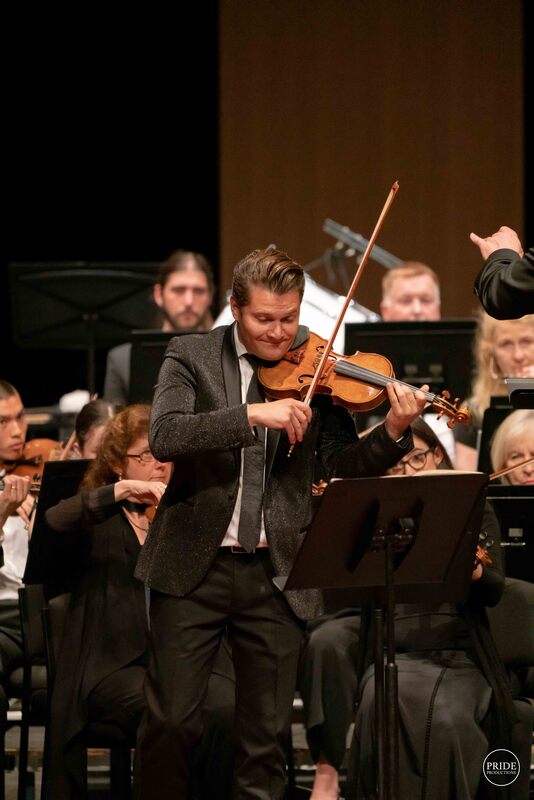 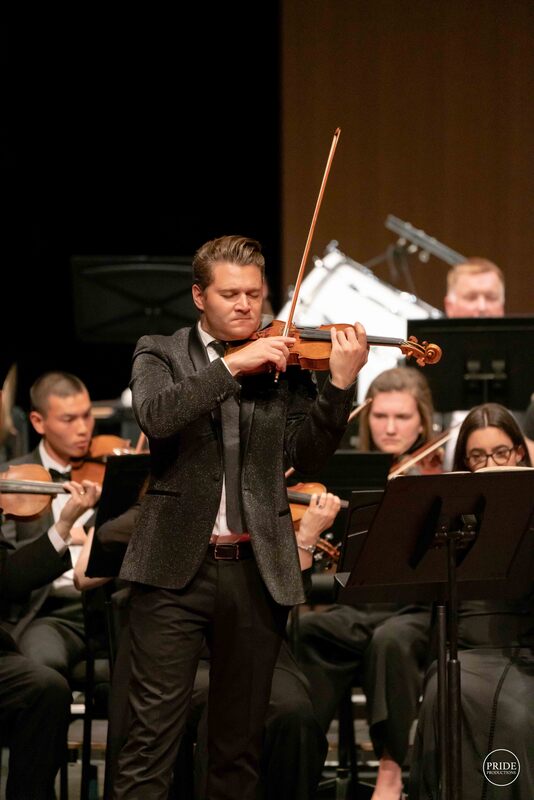 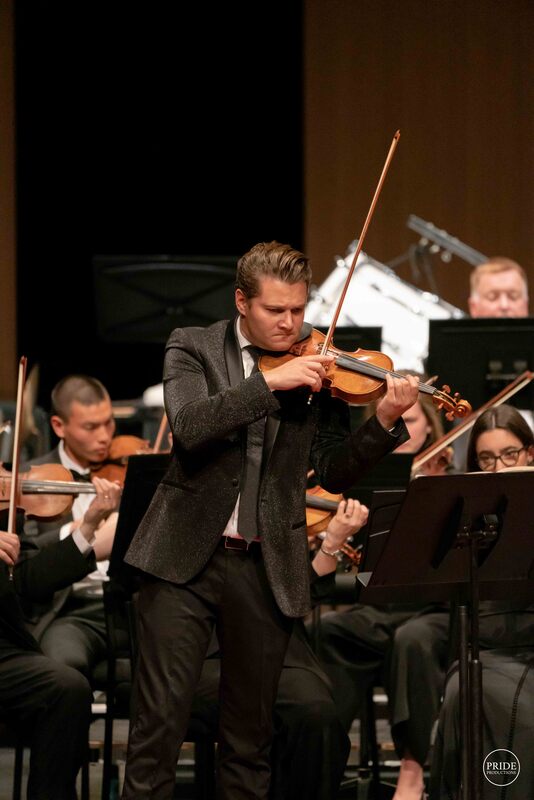 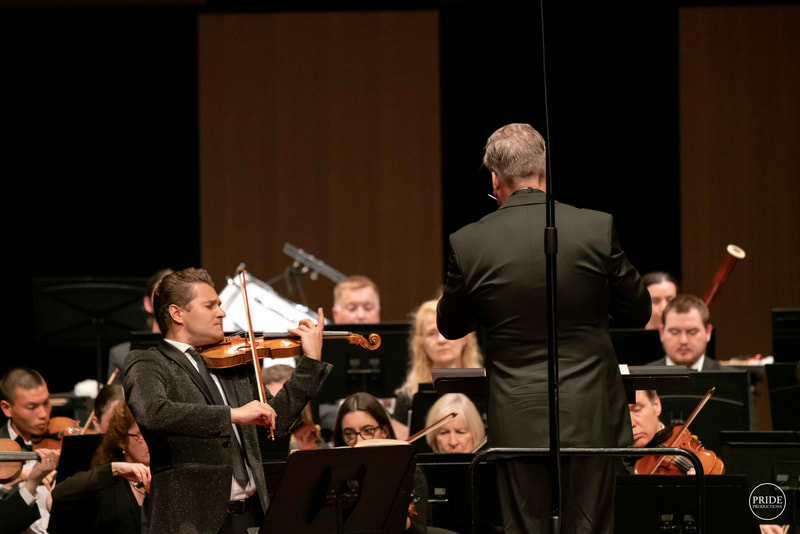 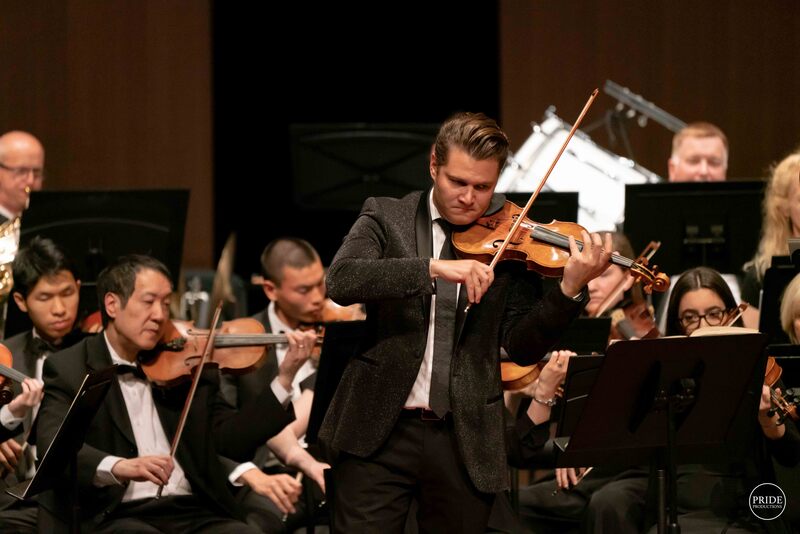 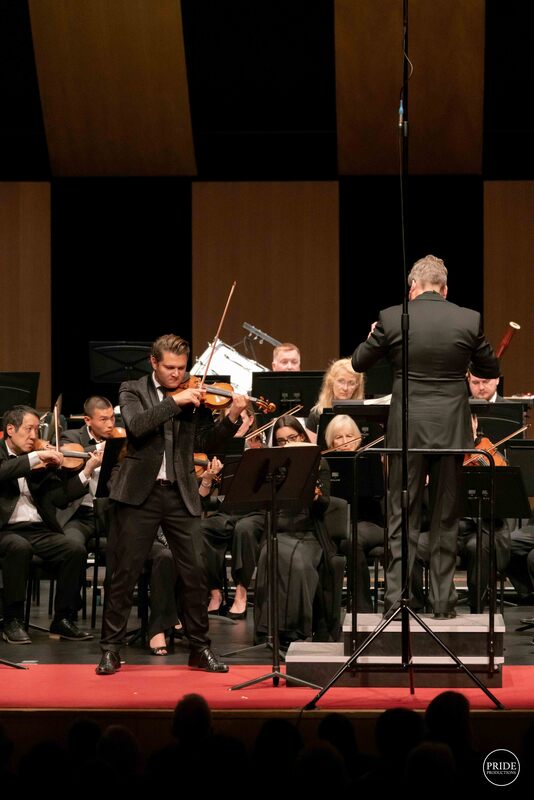 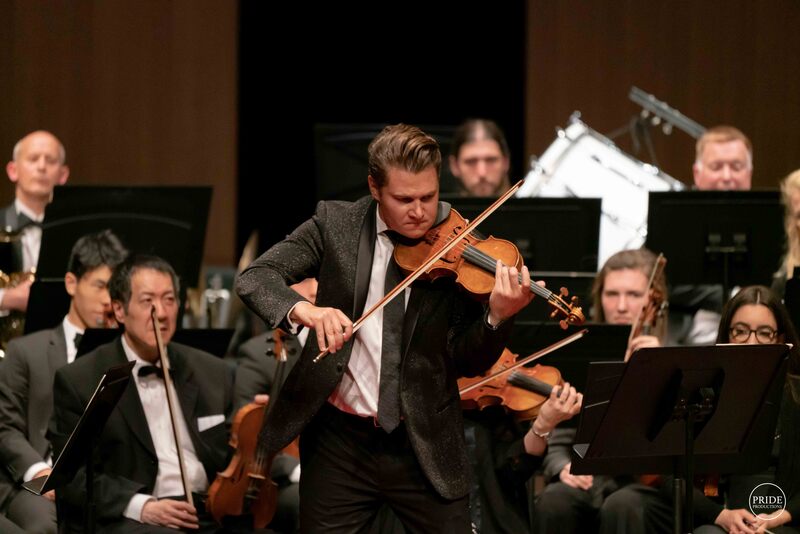 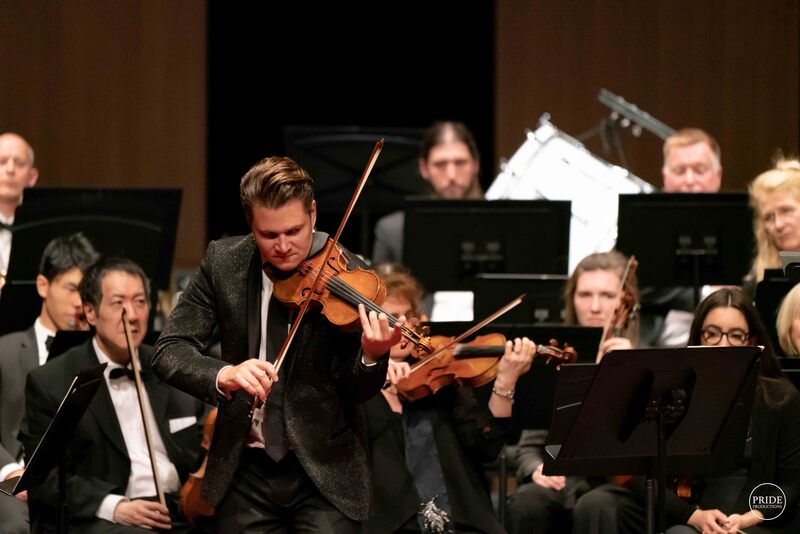 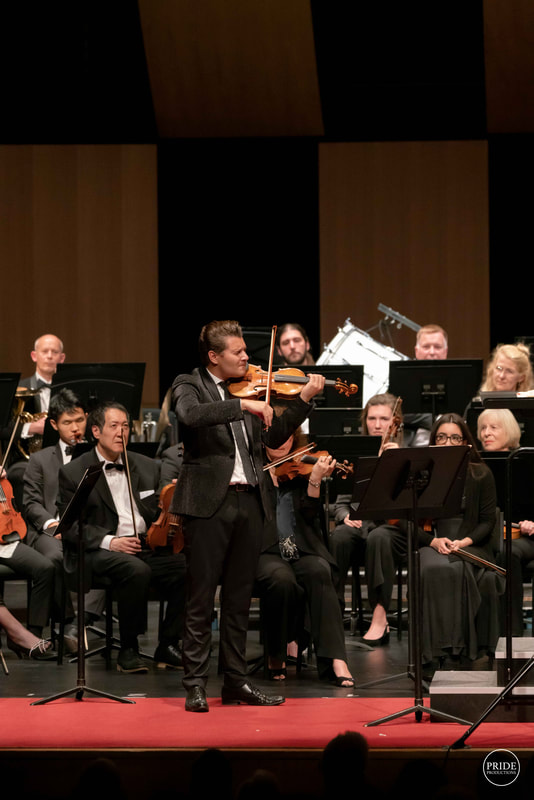 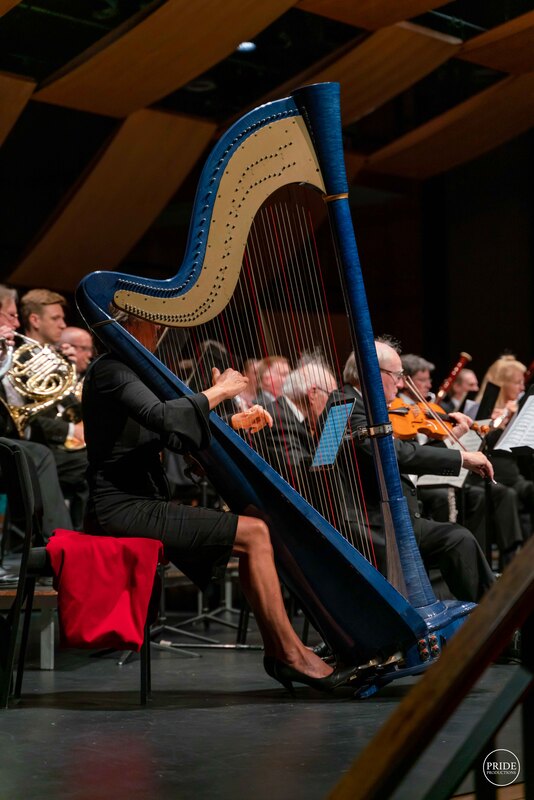 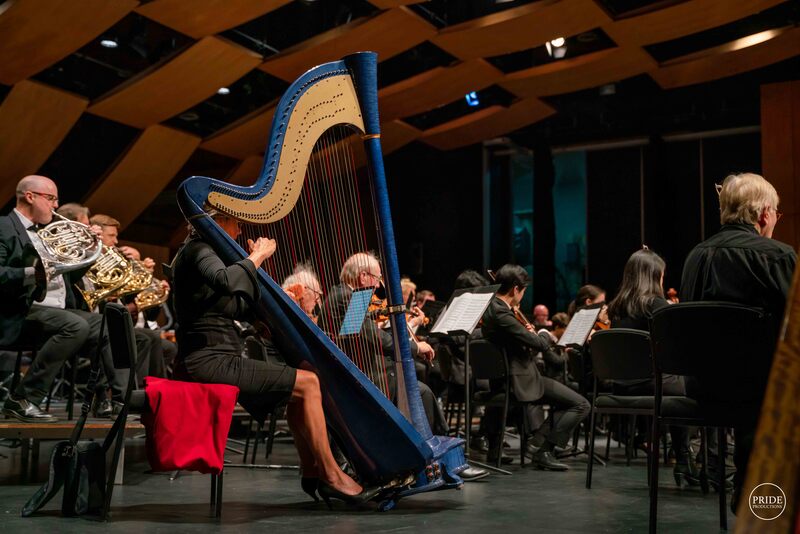 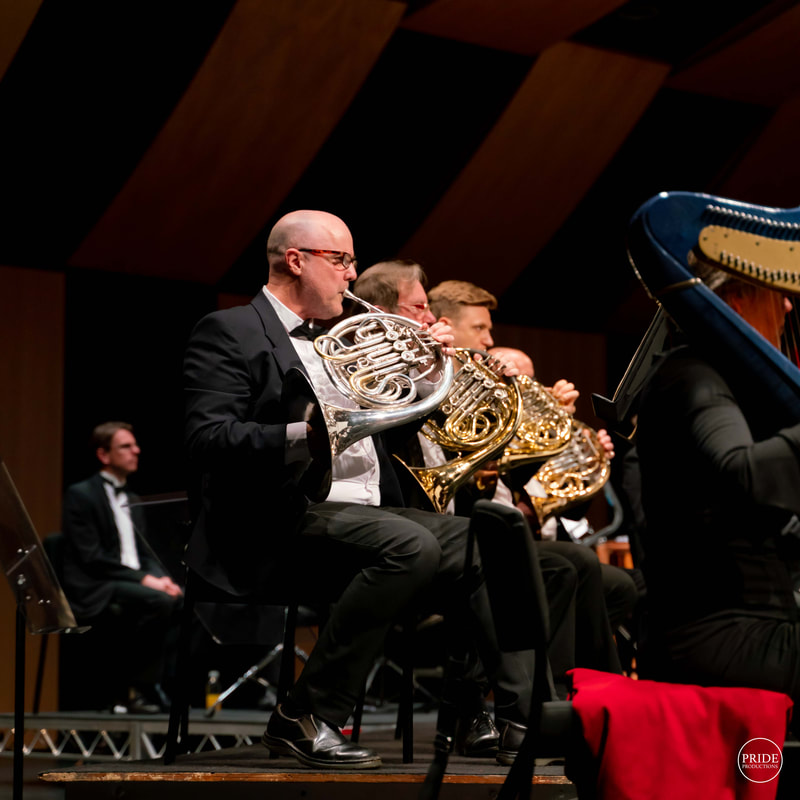 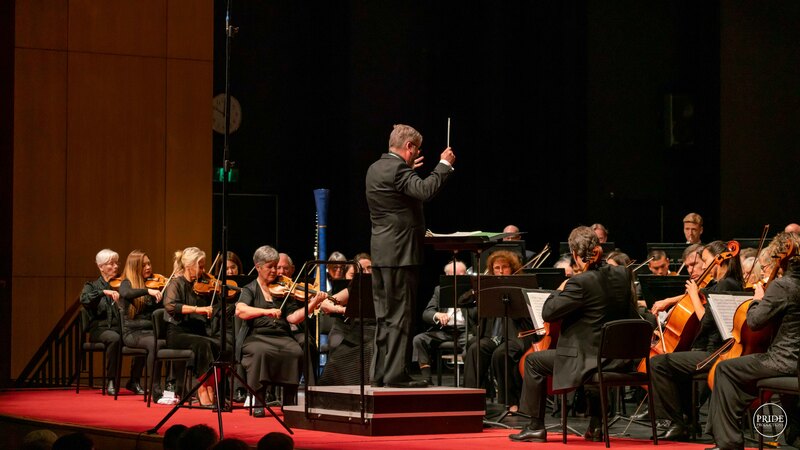